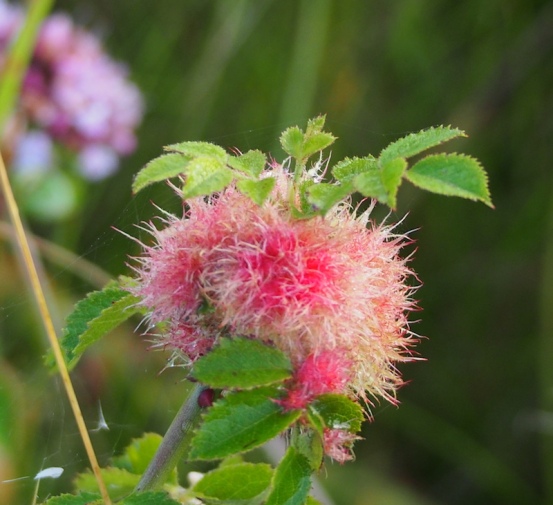 One of the undesirable plants on Bepton Down is showing odd features!

The Dog Rose is one of the thorny invasive plants which, although attractive enough in its own right, is a menace on a SSSI chalk downland.  If left to do its own thing it quickly grows tall and woody becoming difficult to get rid of.  This year, 2017, not so many of them are thriving thanks to the cuts and removal of cuttings which take place in the early autumn.  This is good practice to ensure the weakening of such species as brambles, hawthorn…. and dog roses.  It is fervently hoped that a systematic cut of the whole site will take place in the coming weeks.

Robin’s pincushion otherwise known as Rose bedeguar  is a gall.  It is harmless and will not kill the plant.  However it is the nursery for the young of the gall wasp (Diplolepis rosae).

The adult wasp lays eggs in the buds or developing leaves during mid-summer period. The eggs hatch into small white maggots that secrete chemicals that cause the abnormal growth.

Instead of buds developing into normal shoots and leaves, they are converted into hard woody structures that have an outer covering of moss-like leaves, which are either reddish pink or yellowish green. The internal part of the gall contains a number of chambers in which the grubs develop. The galls are fully developed during August and the insects overwinter inside the galls as pupae. During the autumn the outer covering of moss-like leaves tends to decay and this leaves the hard woody centre exposed.  The adult wasp emerges in the spring.  The females do not require the male as they reproduce parthenogenetically.

The female insects are about 4 mm long; parts of their abdomens and legs are an amber/chestnut colour, while the rest of the body is black. The male (length of about 3 mm) is very rare. It is black and its legs are bi-coloured. The gall is more likely to be seen than the adult wasp. 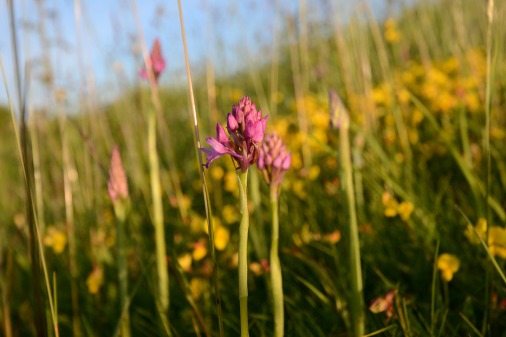 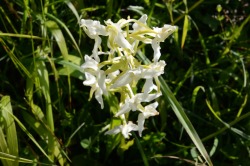 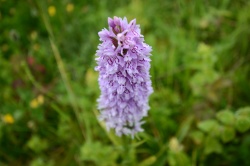 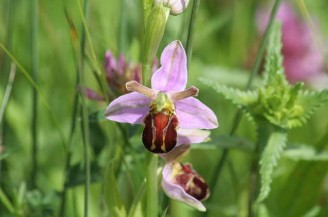 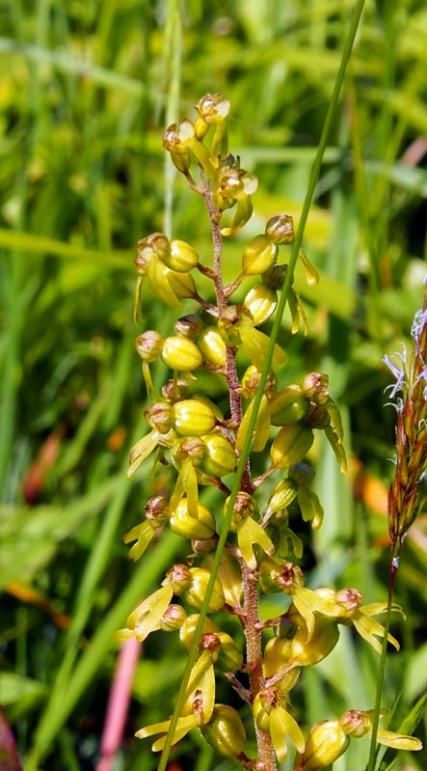 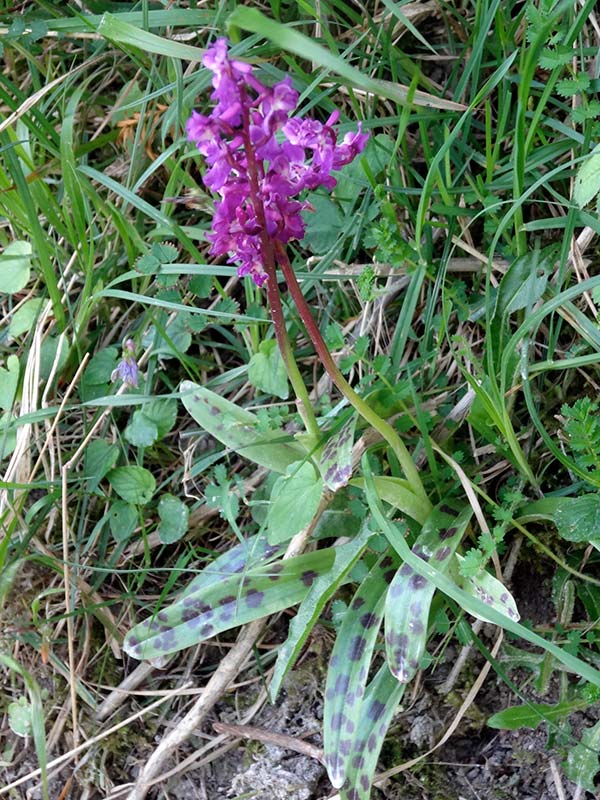